Children are the most vulnerable individuals getting the bad effects of crisis and conflicts happening around the world. Child population makes up 2.2 billion of 7 billion world populations. And 143 to 210 million of child population are orphaned. 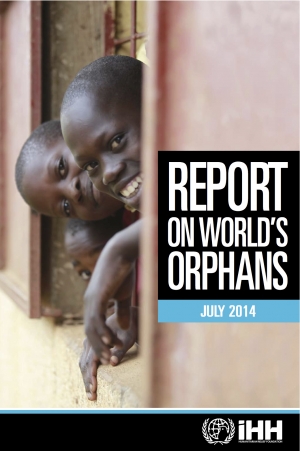 Children are the most vulnerable indivudials getting the badly effects of crisis and conflicts happening around the world. Child population makes up 2.2 billion of 7 billion world populations. And 143 to 210 million of child population are orphaned. The regions where most orphans living are Asia, Africa Latin America and the Middle East. The current hot conflict regions are the places with an escalating number of orphans. For instance, due to the Syrian crisis that has taken a death toll of over 200,000, 70,000 Syrian refugee families are living in the places they took refuge without the heads of their families. In addition to this number around 4,000 Syrian refugee children who lost both their parents are trying to survive in the refugee camps.

The children who lose one or both parents due to war, invasion, natural disasters, conflict, chronic poverty and terminal illnesses like diseases such as AIDS are left vulnerable and without anyone to carefor them. In these cases, due to the anarchy in regions of crisis children face numerous dangers such as human trafficking, adoption against will, recruitment as child soldiers, child labour, organ mafia, prostitution and begging gangs, missionary organizations, substance abuse and various crime rings. Between 1987 and 2007 1 million children were kidnapped by organ mafia. 300.000 children are currently used as child soldier around the World. Every year 4 million people who are mostly children and women are forcibly displaced because of human trafficking in or outside their country.

It is every child’s birthright to live, get education, healthcare, shelter and protection against physical and psychological abuse. International community has a responsibility to guarantee these basic rights of children and to protect them against abuse. IHH Humanitarian Relief Foundation which is one of the outstanding NGOs in international community acts with that responsibility and provides regular help to the orphans in 46 crisis regions including Arakan, Afghanistan, Bosnia & Herzegovina, Chad, Palestine, Haiti, Iraq, Lebanon, Moro, Patani, Somalia and Sudan. With the initiative of IHH Humanitarian Relief Foundation 15th of every Ramadan is recognized as “World Orphans’ Day” by Organiation of Islamic Conference. The report hereby aims to help the scale of the problem understood better by providing a framework regarding the situtation of orphans and the threats they face.

Settlements on the Stolen Lands

Turkish-Israeli Political Relations After the Attack on Mavi Marmara